Chol re piye re

Sao Joao is a Catholic festival being feast of St.  John de Baptist, a prophet who is precursor of Jesus. This is celebrated at many churches like Benaulim, Siolim, Calangute, Assagao, etc.  People begin the day by going for mass and dress code should be bright colours like red, orange, pink (no dark or dull colours, except for widows, or mourning ones). Any celebration in Goa is incomplete without mass in the morning.

Every year June 24 is celebrated as Sao Joao in very traditional gaiety & fervour in all corners of Goa. Since mid June happens to be time for heavy showers, that brings glory & much cheer to the event.

This is the festival of kopel, patolli / holle, feni / hurak, jumping in well and pidde bodovpache and saying..  O re Sao Joao..!!!!

This festival is celebrated wearing colourful clothes (especially red) and kopel (crown) fully decorated with local plants, creepers, flowers, vegetables and fruits. The main dish of this feast is Patolli & holle (local delicacies), made (wrapped in turmeric leaf to add natural flavour) of rice, coconut jaggery and is steamed in chondro, a steel or copper utensil with a cover used for such (steamed) dishes. Added to the celebration is feni (local alcohol made out of cashew or palm), which brings life to this festival! April-May being cashew season, June is the perfect time for fresh hurak & feni.

A religious side of the feast is, it depicts the birth and simple life of St. John de Baptist, who came before Jesus Christ. As per Gospel, John announces Jesus’ coming and prepares the people for Jesus’ ministry. This is the only festival where jumping in well takes place to commemorate that once St.  John jumped in his mother’s womb with joy of arrival of Jesus Christ, this happened when Mother Mary (who was pregnant with Jesus) goes to visit her cousin Elizabeth (who was 6 months pregnant with St. John). He lived a simple life of poverty, draped in humble clothing (not fabric). To depict this, everybody wears kopel (crown) made out of plants, creeper and fruits.

A group of Village folks comes to every house and bangs the coconut palm stem on ground and says…O re Sao Joao and sing & dance..! In return, liquor was offered to them to continue enjoying. 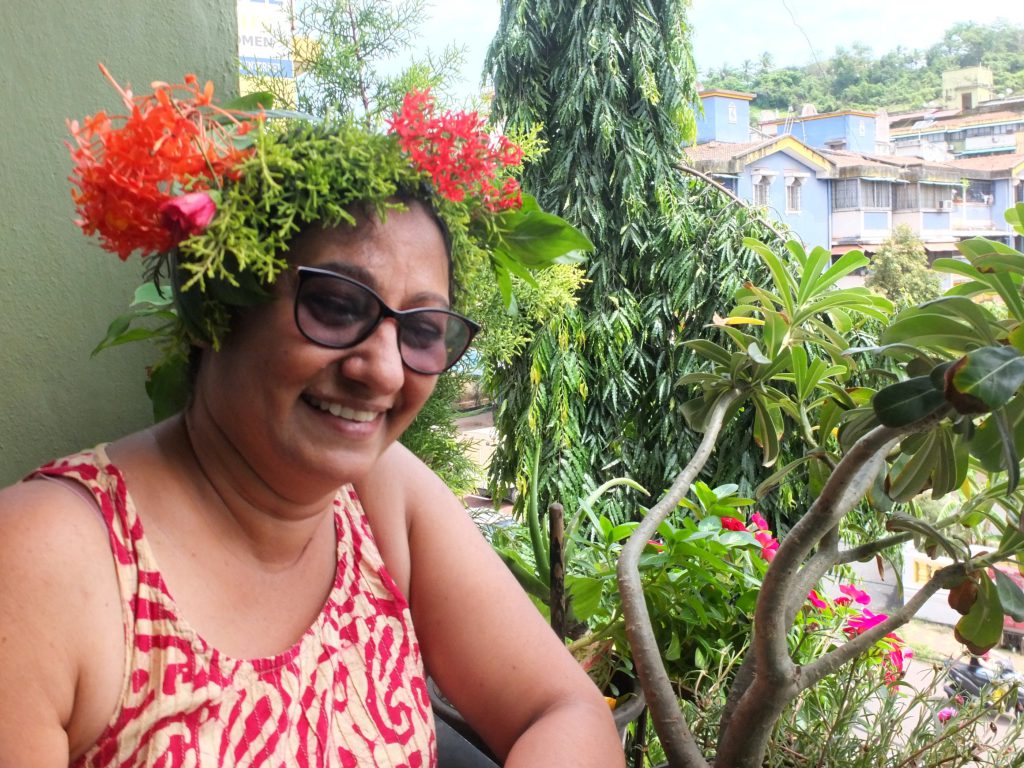 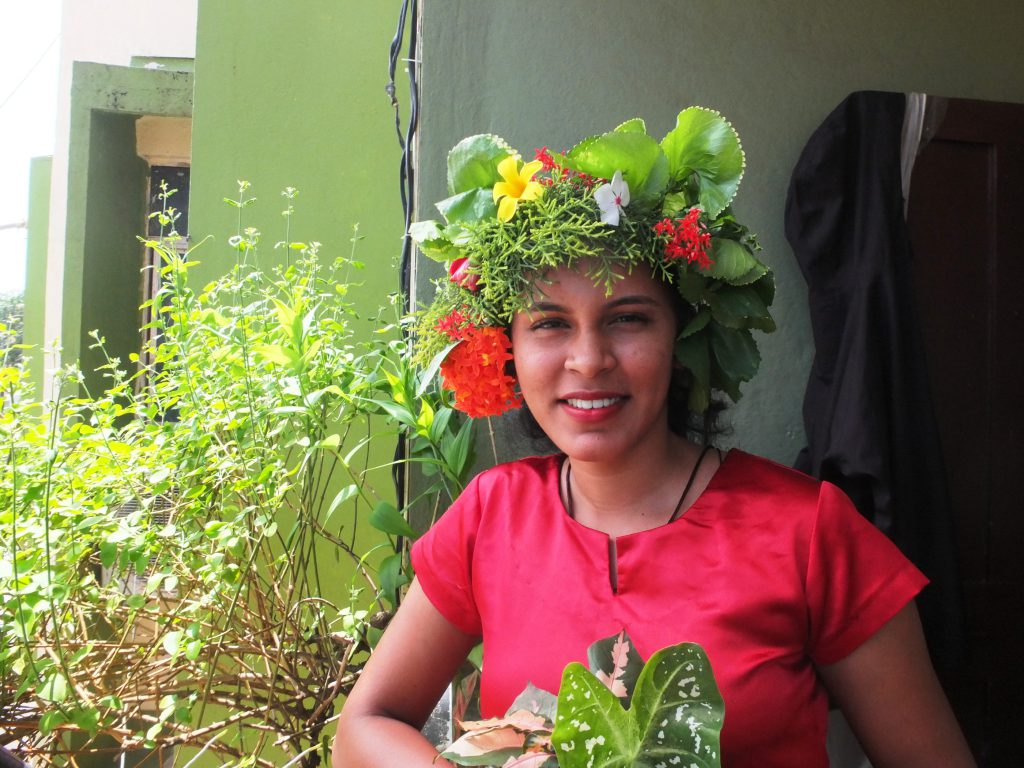 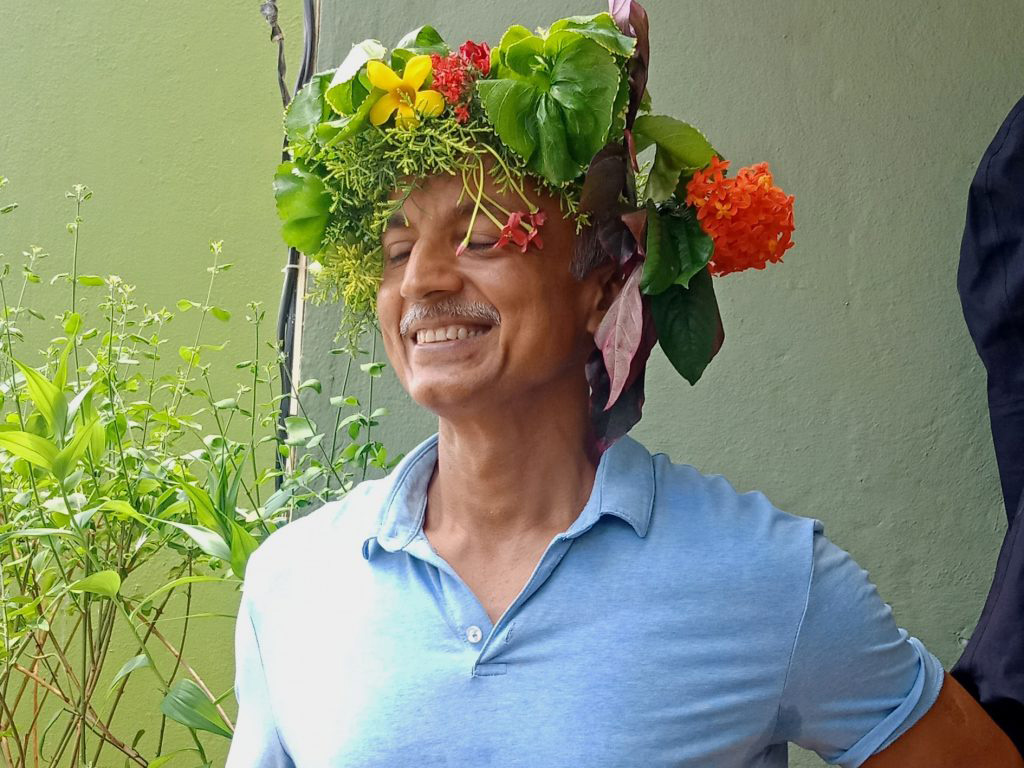 This day is also dedicated to all sons- in-law and is called zanvoi-anche fest, feast of son in law.

As followed by ancestors, the tradition of married girls returning to their mother’s home (which was happening occasionally earlier) before 24th June and their husband had to come to collect them on this date. This was celebrated in a grand way. Good food was cooked with liquor, to welcome son in law and as a return gift, a bottle of feni and variety of seasonal (monsoon) fruits were given to him. He was made to jump in the well just to add joy to the event. Along with him, other men of village too plunge into the well, they are watched and cheered by women and children, as folk songs are sung to the beat of ghumot (traditional drum, made out of clay, in shape of pot). This is a very lively festival with variety of folk singers, musicians and dancers. Various nature friendly themes are organised.

Prayers are said before the event begins. Jumping in well is officially banned now by government, but in smaller water bodies, its permitted.

Now, a slight modern effect has been given to this festival, wherein the newlywed girl’s parents send ojem, a big basket with various seasonal (monsoon) fruits & sweets like, pineapple, bananas, jackfruit, mangoes, patollio – holle, ball , attol (local Goan delicacies, made out of coconut, rice, jaggery, etc) to the son-in-law’s house. This then is distributed to all neighbours & villagers.

This festival brings unity, love amongst the villagers and strengthens bond with sons-in-law and also between newly married husband & wife.

Check out some Sao Joao Cheers below:

In North Goa this festival is celebrated on a very grand scale compared to South. In some villages like Siolim, they organise parade of colourfully decorated boats, Goan folk songs, mando, are sung by Sangodd (a group of people), with similar clothing patterns. Various other competitions take place where youth showcase their talents.

Lately we have seen, rain dances (with DJ music) are being organised as a part of festivity, though its not a part of original tradition. There is no dress code followed and western or Indian songs too are used to get the beat high.

Overall, it brings a lot of joy and enthusiasm in otherwise restricted movement in rainy season in Goa!

For more information & photos, please check-out the link on Goan Festivals. See below the photos of Patollio being cooked. 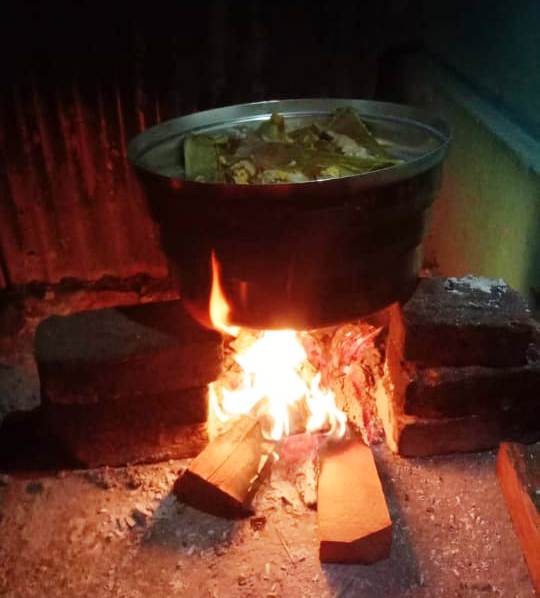 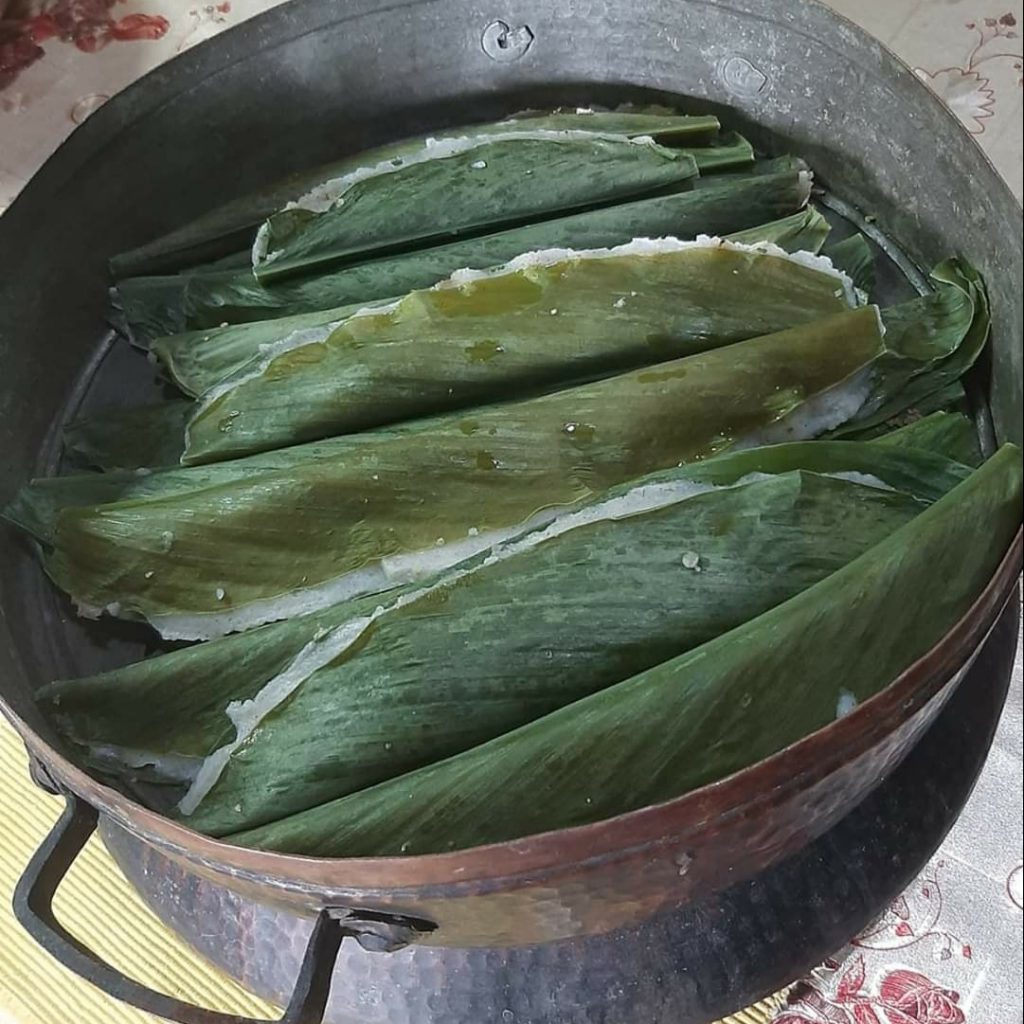